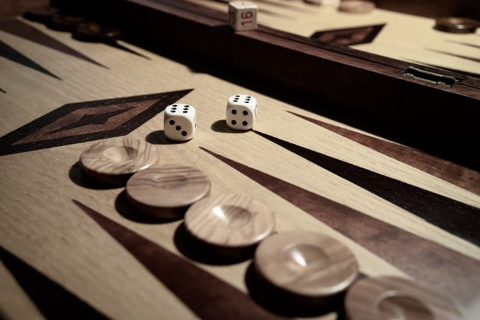 In many household’s board games a traditional event around Christmas or at least they used to be.

I remember playing scrabble and really enjoyed the game, although I can’t really remember the last time I actually played a board game.

I guess even way back then they were into gaming…

And do you know why it was called the game of death?

Playing against the dead

Would you want to play against the dead?

I know wouldn’t, in ancient Egypt they believed that the souls of the dead had to win games against the living for them to pass onto their equivalent of Nirvana. Don’t know about you, but I won’t be playing this board game anytime soon…

As the locals made games out of stone, this led to more senet games being found in Cyprus than in Egypt.

The senet gameboard consists of a grid of 30 squares, arranged in 3 rows of ten, a senet board has two sets of pawns or pieces 5 of each. The pawns are arranged alternating between one another and move across the board in an “s’” shaped pattern.

The player to remove all their pawns off the board first wins the game. You can only get a pawn off the board by moving the exact amount of spaces necessary.

Players move across the board by using throw-sticks arranged in three rows.

The original game rules are not really known and are subject to much conjecture, as the rules have been pieced together from bits of text covering a thousand years. The game is thought to be like Backgammon.

Found in a California Museum

An archaeologist at Maastricht University writes about the board game in The Journal of Egyptian Archaeology.

The game was discovered in the San Jose Rosicrucian Egyptian Museum in California of all places!

Talk about overlooking the obvious lol, the game hadn’t even been catalogued and is now thought to be one of the first examples and is mentioned in the Book of the Dead chapter 17 where the deceased plays senet.

Feel free to leave your comments below 😊