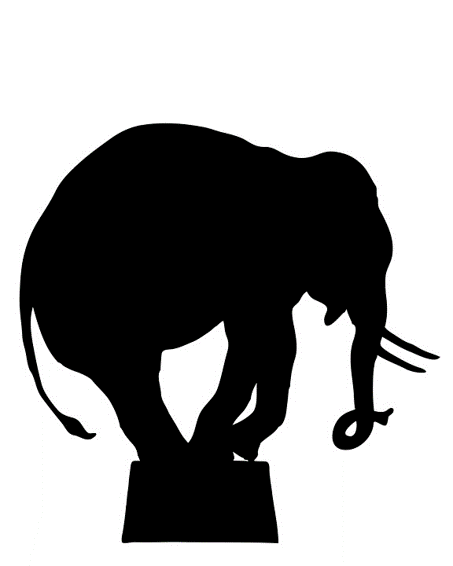 Ever wonder why a circus elephant doesn’t run away?

What’s going off in the elephant’s mind to prevent them from even trying?

Well, what happens to the elephants when they’re babies is that they are chained to a metal stake hammered into the ground, the chain going around the elephant’s leg. The chain and peg are strong enough to prevent the baby elephant escaping.

After numerous accounts of this happening the baby elephant would then realize it couldn’t escape and so would stop trying.

With such animal cruelty, its no wonder circuses were banned…

What’s holding you back?

Like the elephant we to have our pegs, something that’s holding us back, maybe you’ve been told you’ll never amount to anything, or perhaps you’ve been bullied. Over time you may have accepted that thought or believed it to be true.

Ask yourself “am I tied down to a wooden peg, that I can easily break free from?”

How does relate to internet marketing?

Most people freak out when they hear the word selling. But think about this, when you’ve brought something that you think fantastic that you absolutely love what do you do.

For example, if you just got a new iPhone and you show off all the things you love about it the fantastic camera, how great the pictures are it takes, and how it looks. What do you think you’re doing when you do this?

That’s right your selling all the benefits and features that your new iPhone has, so you see it’s easy to sell something if you really believe in what you’re selling.