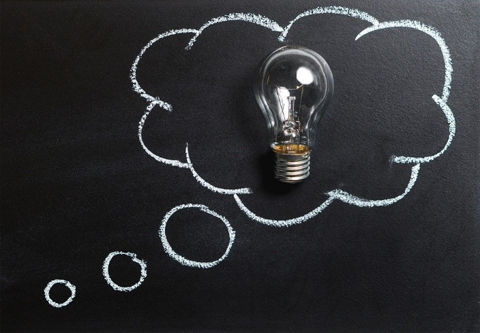 A new ink discovered by scientists at the Council of Scientific and Industrial Research and National Physical Laboratory (What a mouthful ay), has been created to combat the major problem of printing of fake currency notes and passports.

This new ink is apparently based on fluorescence and phosphorescence phenomena. Basically, this ink changes colour once the notes are printed (developed) the ink shows white colour in ambient light but when exposed to UV light it turns into a red colour, appearing green when the UV source is turned off.

Everything that’s currently around us today has started off in someone’s mind as an idea transferred from someone’s mind to paper before it was built or constructed. But if those people didn’t believe that this was possible then our world would have been totally different than from what it is today.

The same goes for any business before you can succeed you have to have the right mindset, it’s the thing that controls our success. And a huge part of mindset is self-esteem, what you really think or feel about yourself deep down.

Much of your self-esteem is created during your early childhood when your mind was easily influenced when your parents or teachers scolded you.

When you were made fun of by your friends which could of either resulted in you becoming shy and withdrawn or maybe the opposite happened and you got good grades you were praised and rewarded.

Self-esteem then is formed during our early and very impressionable childhood. And the most important part about this that it can be changed it can become better. Another part of the mindset is confidence in yourself.

Do you believe you can complete a task that you can accomplish a goal both long and short, or do you get really frustrated and quit when the going gets a bit rocky or you fail on your first attempt.

Before starting any sort of business, we first need to make sure that we work on ourselves first. We need to make sure we have the appropriate mindset. Which is essential if you want to be successful in your business.

The first step is to develop a success mindset by becoming aware of our thinking.  Negative thinking stops people from achieving their goals and success.

Most people put themselves down when they make a mistake. They say to themselves mentally “you, stupid idiot”, “l could never do that”, and so on.

Instead, think I will give it a shot.

Becoming aware of your thoughts

What we need to do is become more aware of our thoughts and when we catch ourselves thinking like this to change it to a positive statement as our subconscious is very impressionable and whatever you think repeatedly becomes so.

Another good quote to remember is “Failure is your friend.”

Think of Thomas Edison and his 1000s of failed attempts to create an incandescent light bulb.

I know that doing affirmations sounds like a load of tripe but using affirmations in your daily life will help you stay focused on your goals and keep you on track, a quick search on google can get loads on this.

Decide on what you want to achieve and create an affirmation in the present tense with a date for a deadline of when this will be achieved. And repeat this affirmation first thing in the morning upon awakening and last thing at night. But it’s just as important to act on the goals you set.

Feel free to leave your comments below…